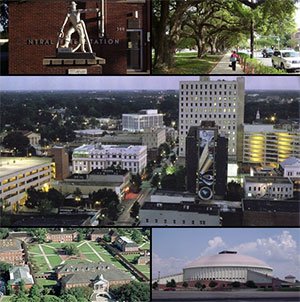 Stine Home & Yard is Lafayette,Louisiana's largest family-owned appliance store. We have been serving the town of Lafayette,LA since 1946!

Lafayette is a city located along the Vermilion River in southwestern Louisiana. The city of Lafayette is the fourth-largest in the state.

Lafayette was founded as Vermilionville in 1821 by a French-speaking Acadian named Jean Mouton. In 1884, it was renamed for General Gilbert du Motier, marquis de Lafayette, a French military hero who fought with and significantly aided the American Army during the American Revolutionary War. The city's economy was primarily based on agriculture until the 1940s, when the petroleum and natural gas industries became dominant. In recent years, the medical profession has taken a more predominant role in the area economy.

Lafayette is the center of Cajun culture in Louisiana and the United States. The city has a strong tourism industry because of the Cajun culture there and in the surrounding region. There is also a Creole influence in the area, although most Creoles and their descendants originate to the east in New Orleans. The Creole and Cajun cuisines are among the most famous regional cuisines of the United States.

This city should not be confused with the former city of Lafayette in Jefferson Parish, Louisiana; that city was absorbed into New Orleans in 1852.